The importance of road safety

As a student, I always wanted my voice to have an outreach so that I could share my

experience about the one thing that goes unnoticed in our daily lives- life on the roads. I’m

Being an Indian, one should never underestimate the importance of road safety. Too often

people casually stroll down the lane, unaware of the danger that lurks in their surroundings.

India is a country where you have to look both ways before crossing a one way road. Always

in a state of hurry, some drivers don’t pay heed to the traffic rules. Lack of education,

rage and the results are catastrophic. When people talk about causes of death, they often

turn a blind eye to the threat they are under while they are on the road, be it walking or in a

vehicle. This carelessness results in numbers that’ll shock you to the core of your heart. Over

of people killed in all our wars put together. 16 children die on Indian roads daily. These

statistics emphasise the fact there is a huge need to pay attention to this issue.

Like most people, I never really gave it any thought despite having a glance occasionally in

the newspapers or on television about these accidents. But then came the day when a close

relative was hit by a van from behind, while he was on his bike. Blood was splattered

everywhere and he was taken to a hospital just in time for his life to be saved. No doubt it

hospital. He just fled the scene. That was an eye-opener and I would suggest people to not

wait for an accident to happen before they stop taking this issue lightly. Parents need to be

about traffic rules and crossing of road alongside the education that school provides. If we

all inculcate in ourselves a little more patience, it’ll prevent so many mishaps from taking

place and the world would certainly be a better place. 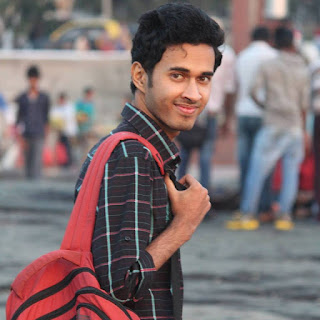 The Road not taken...

Mr Anand didnt know it was the last morning walk of his life. On the pleasant june morning, as he left his house, he had no idea that he would never return. As he was jogging on the road side, a speeding car came charging right at him. Frantically, he tried to jump on the footpath but it was too late. The car threw him few metres away banging him into a tree and a car nearby. Passerby immediately went to help him, however all was in vain. The driver was later taken into custody but it couldn't undo that mornings dark event.
"With power comes great responsibilities" -- A well said quote whose meaning has been lost over the years. Each new development that crosses our path every day, not only gives us power to create but also design an alternative of destruction.
Vehicle is one of the most amazing inventions humankind ever created. Today, one cant even imagine what life would have been without vehicles. But I wonder, if the inventor had seen the above video or the several others that get recorded everyday & titled 'Road Accidents', would he have developed vehicles afterall ?
Road accidents are today as common as bread in a bakery. Reasons are several, so lets begin.
Starting from the most prevalent cause, iinefficient law enforcement. You dont have a helmet, no seat belt, drunk & still driving, speeding at about thrice the speed limit......no problem a few bucks, a few calls & you will be back on road instead of the jail. Funny as it may appear, it is indeed the true story of most cities & towns in India. Next are the distractions, be it cell phones, animals or large advertisements which cover the roadsides. Overloading on two wheelers, red light jumping, improper lane driving & overtaking are some of the stupidities which youth today finds "Coooool". Inappropriate construction of roads with several pits & open manholes haven't failed to claim several lives too.
Organisations like IRSC which have been working to create awareness about road accidents are the need of the hour. By collaborating with several colleges, these organisations are aiming at the youth who need to understand this issue the most. On our own small level, we must follow the basic road safety rules. Even the government must take measures like Kerela, where no petrol will be provided to two wheeler drivers without helmet ( to be implemented from 1 August).

Posted by road1safety@gmail.com at 23:42 No comments:

Family is not an important thing. It's everything.


One of my uncle, who is like my father is a resident of Gurgaon.
As usual, he was going to his office, but unfortunately something happened, which was distressing. While he was crossing Rajiv Chowk of Gurgaon, he met with an accident.
One car took wrong turn and hit his bike. His bike was dragged with the car and and then he went about 200  m away. He became injured critically.
Police helped him and he was sent to the hospital.


As he was wearing helmet, so he was saved. But his injuries were severe.


This incident impacted me a lot. I couldn't understand whom should I blame, the car driver or the government for not creating good road's design or my uncle himself for not driving properly. I analysed this situation a lot. Why this accident actually happened? What adverse situation would have been created? What is the law against such accidents?
There were many other questions in my mind. I was a bit confused.

Then I came to know about "Indian Road Safety Campaign". I really praise the effort of this team , because this type of efforts are really needed. Actually their activities and research helped me to understand the situation. I even suggested my family and friends to follow them to avoid such accidents in future. Many more initiatives like this should be taken to make our country a safe place. 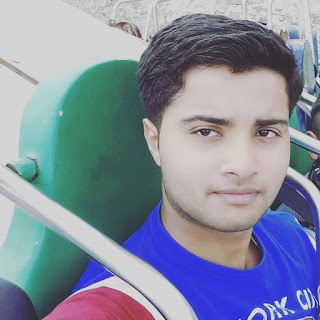 Posted by road1safety@gmail.com at 12:46 No comments:

I am an NSS-DTU volunteer and I came to know about Indian road safety campaign, when NSS-IITD team and TRIPP initiated the DTU chapter of IRSC. Amar Srivastava, student co-ordinator of NSS-IITD and Professor Geetam Tiwari, IIT-D civil engineering faculty form TRIPP Department visited our campus and organized an orientation session about the increased road accidents in India and their campaign. Till then, I’ve never seen Road Safety as a serious issue.
But as I started observing while walking on roads, or while taking my scooty lessons, or while travelling in a car, I realized that roads in Indian cities are highly risky and drivers of four wheelers and two wheelers are indifferent towards safety of pedestrians and bi-cycle riders.
Not long after, I witnessed an accident in front of our apartment. In my semester break, I was in Mumbai enjoying my holidays and having a peaceful time, when on an evening, we heard some noises coming from the road in front of our society. People had gathered around a fallen bicycle and traffic police was diverting traffic from the place. Me and my brother rushed to the balcony and when police cleared the crowd; we saw a body covered with blood and white sheet . I was mentally disturbed with the sight even though the victim was not my family. And then, I felt I could imagine the pain close friends or family of accidents victims go through. The sudden shock and trauma of early and unnatural death of a close-one is a huge misfortune for those affected.
http://indianexpress.com/article/cities/mumbai/mumbai-hit-by-clean-up-truck-cyclist-dies-2876090/
Unfortunately, we are not influenced by high statistics of road accidents in India, but we are more influenced when it happens to someone close or when we see it ourselves. We can prevent them from happening to near and dear ones by sensitizing civilians about Traffic and Road safety rules. Campaign like IRSC which aims at spreading awareness at school or college level or identifying areas which are prone to road accidents is a needful and important initiative in current scenario. It is required that this campaign keeps evolving and reaches more and more students in maximum colleges and also more such campaigns emerge in near future. 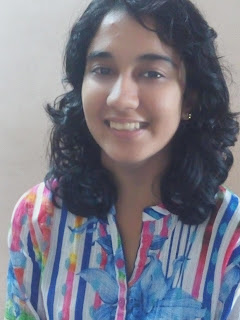