Many times we hear about the innumerable cases of road accidents and road safety as an imminent and important issue. Without giving it a close attention, nor having a soft heart towards it, personally speaking, I was never so much exposed to road incidents or the extent to which it could damage and transform lives.  One incident that happened with my family really slipped the ground under my feet. It happened in the mid of November when my maternal family went to a small district in Uttar Pradesh to attend a wedding function. Everything was jolly in the midst of celebration with pomp and show, when their world turned upside down while returning from the function.  The catastrophe took place around 11 o’clock in the night when my uncle who was driving the car crashed into another speeding car which had three boys who were drunk. My uncle tried his head and heel to manage the speeding car but it came to a halt and the windows including the glass panes were shattered as if somebody had crushed it between the palms of his hands. It was a dreadful and the most horrifying accidents I have ever heard about. My whole maternal family was in the car. Everyone was unconscious and lying on the road. Everything was collapsed including the seats and the other setup in the car. My aunts and uncle had lost consciousness. The whole family was broken and everyone was in the worst phase of their life that they little knew in unconsciousness. We, as an immediate family, provided them all the help they required. We understand the importance of something as we ourselves suffered of that condition. In the other car, the two youngsters were dead on the spot and one was in the most dreadful condition. That moment I realized the plight of the people who are lying on the road and how their eyes give shrill cries for help. I decided and took an oath to help people in spreading the message of road safety. ‘Indian road safety campaign’ came as a shining light in my drowsy path and it helped me to spread awareness and work for the same. It made me realize that it’s not a small issue anymore as it causes dreadful and unexpected deaths than any other issue, be it a terrorist attack or a natural disaster. Here, people can save their lives and others lives by being more attentive on what’s happening on the road and following some precautions. The need of the hour is that children from a young age should be taught about road safety and its effects in the long run. School teachers and parents should teach them about it and they should also have some practical and sound knowledge. For example, crossing the road, walking on footpaths, using zebra crossing and traffic lights for crossing the road, avoiding drink and drive and being patient and attentive while on or either sides of the roads. 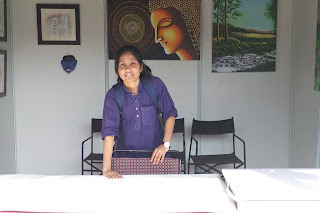 Posted by road1safety@gmail.com at 06:30 No comments: